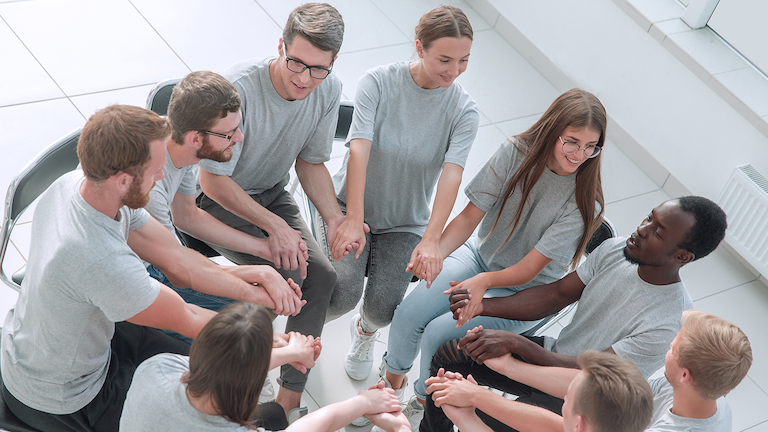 Too often, it just means 'someone who shares the hiring manager's background or interests.'

If the answer is yes, you’re in good company. The vast majority of managers surveyed worldwide consider cultural fit to be one of the top priorities in hiring, explains , an associate professor of management and organizations at Kellogg. But, she explains, this is generally a bad instinct.

Hiring for cultural fit, when done well, can boost retention and productivity. But most organizations do it badly, Rivera says. Instead of looking for people who share the company’s values, hiring managers look for people who share their own background and interests. And if the people doing the hiring are predominantly male, or white, or wealthy, then they perpetuate that lack of diversity in their organization.

“What you’re going to get is a copy of your existing employees,” she says. “In many instances, it is a form of discrimination.”

Rivera discussed the perils of cultural fit, as well as how to improve hiring processes, during . Her insights are based in part on her book, Pedigree: How Elite Students Get Elite Jobs. To research it, she interviewed 120 hiring decision-makers at elite financial, legal, and consulting firms.

She found that when interviewers said they “clicked” or “had chemistry” with a candidate, they often meant that they shared a similar background. Perhaps they played the same sports, or went to the same grad school, or regularly vacationed in the same spot. Then, interviewers would interpret that interpersonal comfort as an indicator that the candidate would be a good fit for the firm.

And, on the flip side, when interviewers said that they didn’t think a candidate would be a good fit, it was often because that person didn’t have a similar background, not because the candidate lacked in skills or positive values.

The focus tends to be, “Is this person a fit socially for me? How do I feel when interacting with this person? Rather than, is this person well suited for our organizational mission and strategy?” Rivera says.

So how can firms address this and improve their hiring processes?

First, companies need to figure out what their culture really is. That should go beyond vague buzz words about, say, “valuing inclusivity.” And the culture should align with the firm’s mission.

A good example of this is Southwest Airlines, Rivera says, which has a culture focused on “fun and love.” Those chipper flight attendants with their often goofy PA announcements, it turns out, are able to turn planes around at the gate faster, which is a productivity boost for the airline.

Once a company has a clear sense of its culture, it can test candidates to see whether they demonstrate those values. If you want your employees to demonstrate fun, give candidates a scenario with a disgruntled customer and ask what they’d do. This elicits far more useful information than a question like, “tell me what you do for fun.”

But, before bringing someone in, Rivera recommends having some sort of skills-based screening for candidates. Because once you’re in a room with someone, you’ll start forming opinions that are inevitably influenced by unconscious biases.

So, for example, someone interviewing for a communications job could be given a writing assignment. That way, interviewers know that they are dealing with candidates who have the technical chops to succeed.And then, at the end of the interview process, put a cap on how much the interviewer’s sense of fit can influence hiring decisions.

Rivera says there’s often pushback to this sort of process: “People always worry, ‘if we always hire on skill, we’ll hate the people we work with.’”

So, she says, do that skills-based screening first, then bring people in for an interview to make sure they’re pleasant and respectful.

Beyond helping to root out discrimination, this also helps companies get better-skilled employees.

"So much of what happens in a job interview is just people giving you a show,” Rivera says.

This article n Kellogg Insight, a publication of the Kellogg School of Management at Northwestern University. It is used with permission.

Why is UPS Betting on the Arrival of a New EV?

Fiat Chrysler and PSA Tweak Merger Terms Due to Pandemic

What Makes an Effective Consultant? 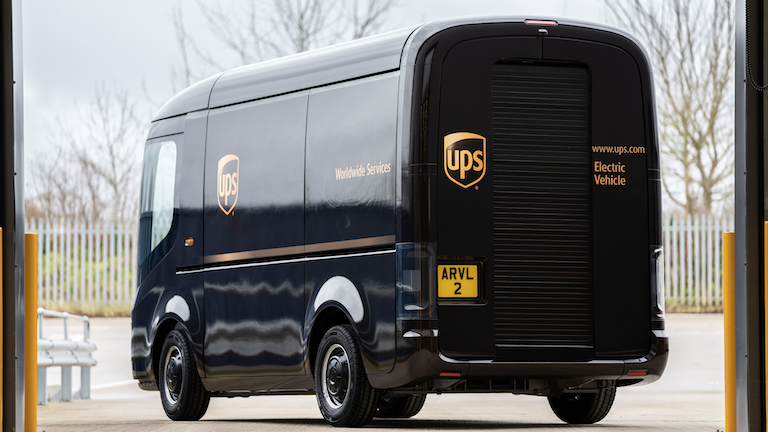 Why is UPS Betting on the Arrival of a New EV?

The EV market has a lot of players in it. In addition to the traditional manufacturers dipping their toes in the water, tech-focused firms like Nikola, Tesla and Lordstown are each finding ways to differentiate their offerings and capture valuable market share. Of course, the market continues to grow as UK-based Arrival is emerging from its stealth mode.

But, what really makes Arrival different?

Simply put, the company's leadership team is adamant about reimagining the entire electric vehicle production process -- building from a blank slate rather then trying to force EV into traditional designs. 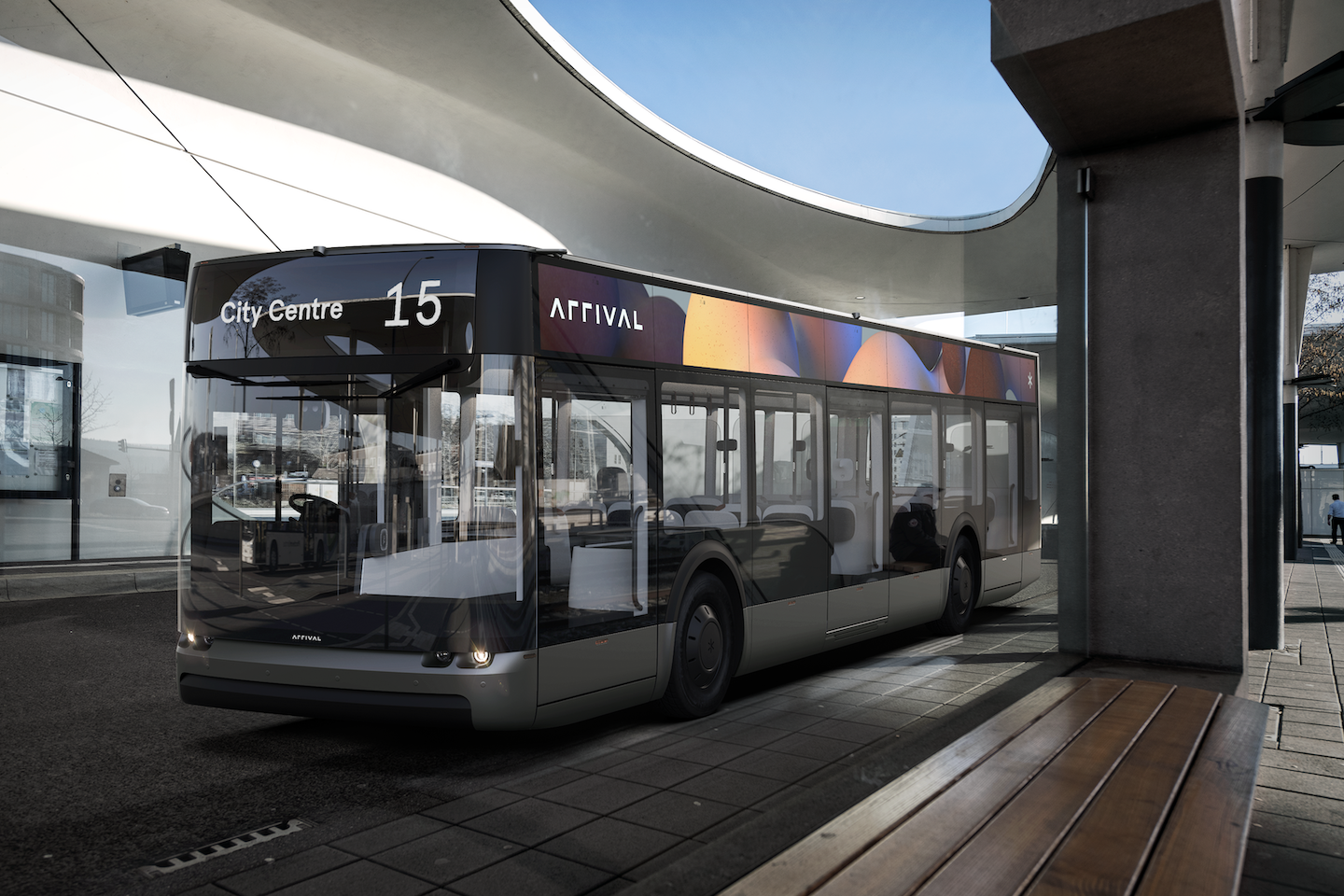 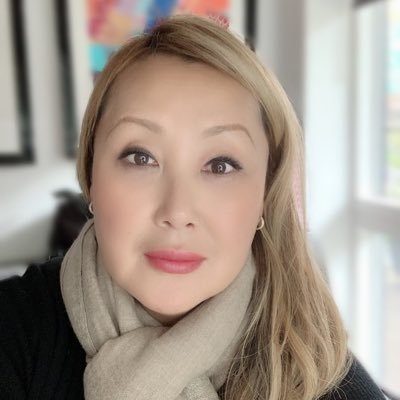 Arrival's Tracey YiArrival is also vertically integrated. "Often out of necessity, automotive companies use branded core components. They often work on co-developed products, which they don't really own the IP on even if they may negotiate to put their brand on the device. This approach really paints the automaker into a corner with negotiated prices for the life of the product," she says.

Instead, Arrival has focused on bringing some of the "coolest engineers" into the fold.More than half of the company's 1100+ employees are software engineers. "Together with the hardware engineers, they have designed a lot of our core components -- including our own chassis, powertrain, body and electronic controls. Obviously, we have a long roadmap of other products that we plan to develop. As a result, even at the very start of production for our vans about 60% of all the parts in the vehicle are vertically integrated. It's designed by us, made by us and controlled by us." 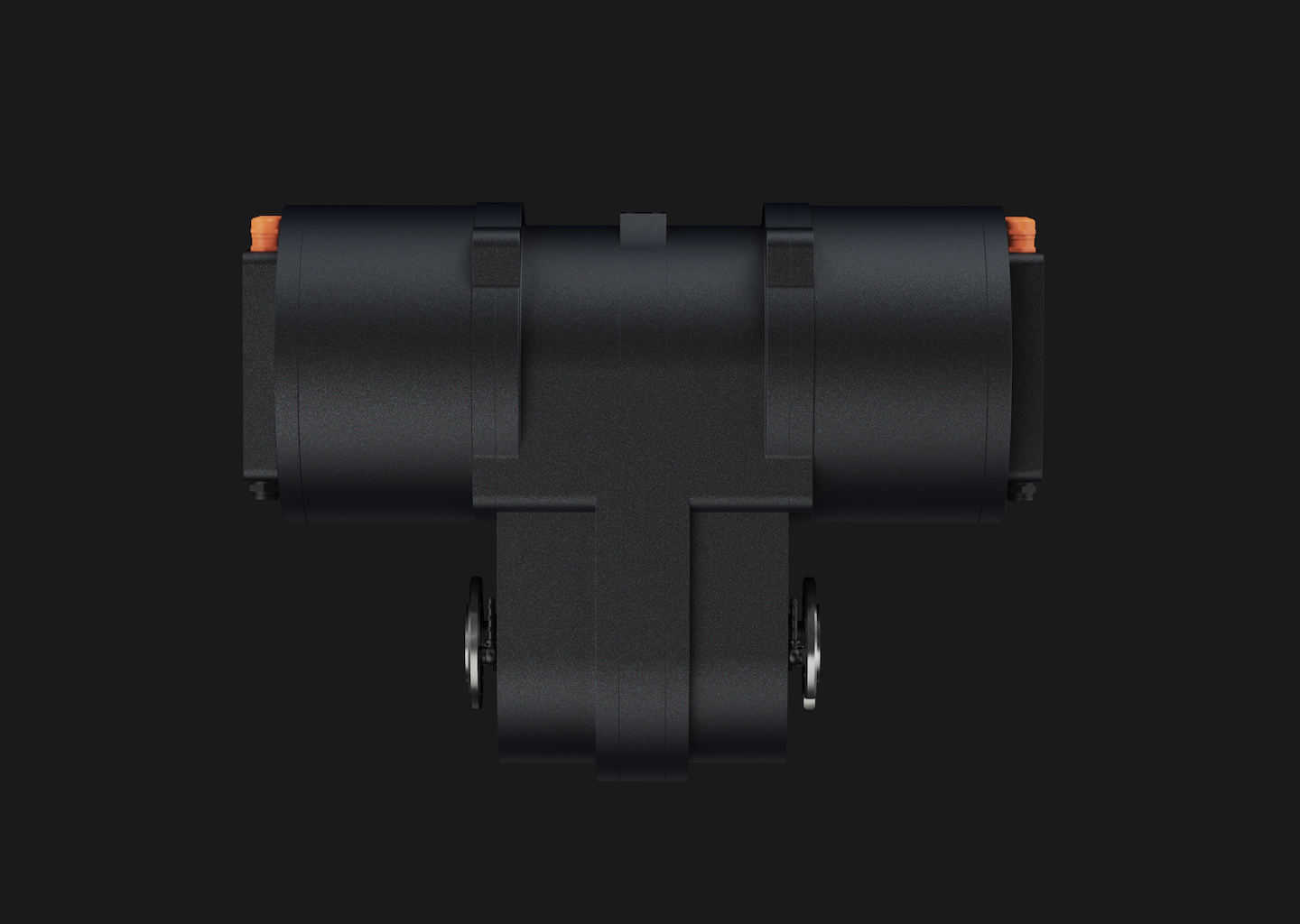 Arrival is initially focused on the commercial market -- and for good reason. A quick look any major highway across the world, it is easy to see that commercial vehicles are quite prevalent. Buses, delivery vans, garbage trucks -- all things that need to go in and out of city centers.

Every major city, every major company has goals of becoming much more green – and there has been progress, explains Yi. "But the current environment has really accelerated shareholders appetite for more concrete plans. As an individual you can make a choice to willingly pay 40- 50% more for an EV for any host of reasons. However, having worked in companies where we bought fleets of traditional internal combustion engine petrol or diesel vehicles, it's much harder to justify the costs when EVs cost double and you are spending shareholder money," she says. “This was the biggest challenges our founders faced in creating the company: How do we develop really cool, beautiful commercial vehicles at price parity? That's what has driven our approach, and it's made people take notice.”

UPS will collaborate with Arrival to develop a wide range of electric vehicles with Advanced Driver-Assistance Systems (ADAS). The technology is designed to increase safety and operating efficiencies, including the potential for automated movements in UPS depots. UPS will initiate testing ADAS features later in 2020.

“UPS continues to build an integrated fleet of electric vehicles, combined with innovative, large-scale fleet charging technology,” said Juan Perez, UPS chief information and engineering officer. “As mega-trends like population growth, urban migration, and e-commerce continue to accelerate, we recognize the need to work with partners around the world to solve both road congestion and pollution challenges for our customers and the communities we serve. Electric vehicles form a cornerstone to our sustainable urban delivery strategies. Taking an active investment role in Arrival enables UPS to collaborate on the design and production of the world’s most advanced electric delivery vehicles.”

Hyundai and Kia also invested in Arrival early in 2020 to the tune of €100M. Through the course of the partnership, Arrival, Hyundai and Kia will use Arrival’s flexible skateboard platforms and technologies to create new purpose-built EVs across multiple vehicle categories. Hyundai and Kia will leverage Arrival’s novel micro factories and software innovation whilst Arrival will benefit from the OEM’s global footprint and economies of scale. This will help accelerate the ‘Two Track’ strategy adopted by Hyundai, to bring zero-emissions battery and fuel cell technologies to the commercial vehicle market.

Arrival is currently outfitting its micro factory north of London, which will focus on building vans. Arrival also has plans to open its first US micro factory, which will focus on the company’s bus offering, including an array of configurations to help with social distancing concerns. When it does open in the states, it plans to work heavily with US suppliers. "We are very mindful of ensuring that our supply chain isn't disrupted," says Yi. 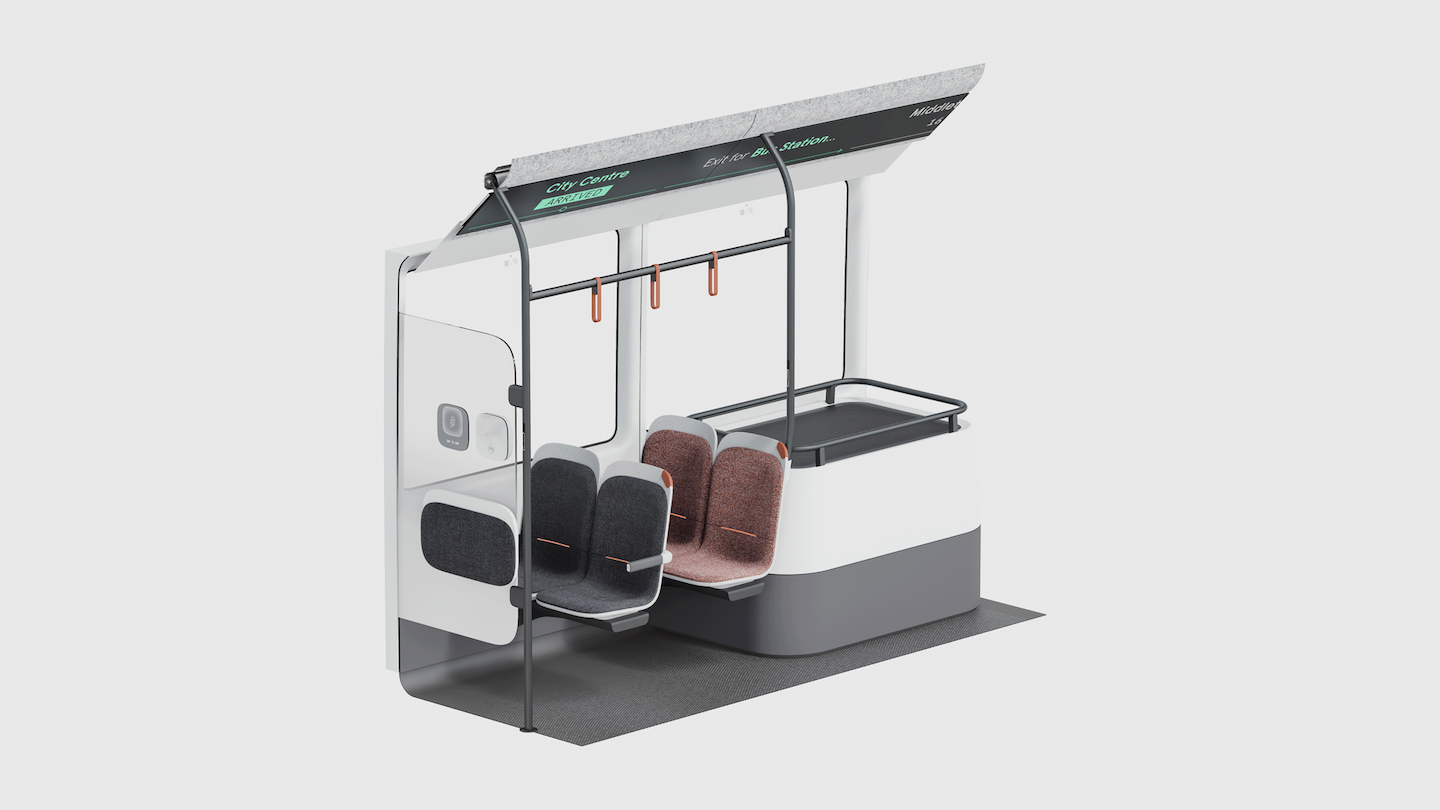