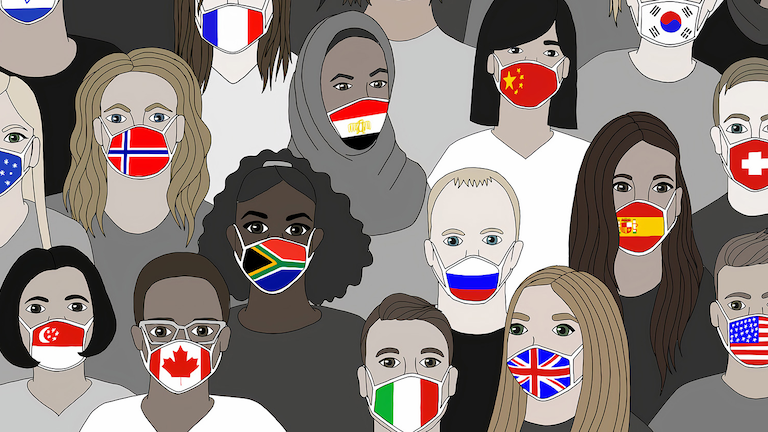 More than 60% of the world’s PPE is made in Malaysia, with the majority of the remaining supply coming from Thailand and China.

COVID-19 has forced people on the frontline such as healthcare workers and first responders to rapidly adapt to new safety protocols and use large volumes of personal protective equipment (PPE), including masks, gloves and ventilators.

As a result, countries around the world are burning through an unprecedented quantity of PPE. Frankly no country was prepared to consume this quantity of PPE at such a rate, but the United States now finds itself in a drastically insecure sourcing situation. It has been heavily dependent on Asian manufacturing to resupply its PPE stockpile as the United States has limited means of actually producing PPE domestically—thereby positioning itself to fall victim to stockpilers and price gougers as the need for medical-grade equipment becomes more dire. At the same time, there is no easy process for government agencies and organizations in need of PPE and domestic manufacturers who supply it to find one another.

With demand for PPE sky high and U.S. stockpiles at bare minimums, The Centers for Disease Control and Prevention (CDC) in April released a to help frontline workers preserve what they have in their inventory for as long as possible. Meanwhile, many Asian manufacturers, middlemen and stockpilers above fair value while individuals sick with the virus ultimately pay the price.

While the short-term reality presents sourcing and pricing challenges, it simply underscores the fact that the U.S. must begin ramping up investment in domestic manufacturing.

An Issue of Global Sourcing

In late July, that the US is still months away from meeting demand for PPE, adding that as cases rise, demand also rises. Gaynor noted there is a stiff global competition for PPE and that “we’re not going to buy our way out of this.” Administrator Gaynor’s comments contrast the widely held belief that when supply dries up, we can simply buy more. Unfortunately the scope of COVID-19 around the world has dried up nearly all PPE wells and proven that the US must find new sources.

The flipside also holds challenges; as we open up the economy, PPE needs rise as well. Schools moving forward with in-person learning this fall require PPE gloves and masks for school nurses and other staffers. The same holds true as consumers return to stores and other venues.

All of this takes place at a time when less than 1% of the total global supply of PPE is actually made in the United States. , with the majority of the remaining supply coming from Thailand and China. When the entire world is in high demand for a product that is concentrated through the bottleneck of these east Asian countries, it puts nations like the U.S. in a severely disadvantageous position of paying for a low-supply (and at times low quality) product at a highly inflated cost.

Not only is the existing supply/demand curve highly skewed, but ) each year for the next five years through 2025—further tipping the scales in favor of the nations which already have PPE manufacturing operations in place.

The preexistence of large-scale PPE manufacturing in Asia has made PPE an inelastic product—nations  like the US who are in desperate need have few alternative options for where they can buy it. And while options do exist, there often isn’t the time to conduct exhaustive searches to find them. When an inelastic product exists, prices will inherently rise to the chagrin of the buyer, but it does not have to stay that way. The product can be made elastic and thereby competitive with the emergence of new suppliers. This is where the United States can disrupt the current supply-demand curve and ultimately dig itself out of economic imbalance.

The Rise of Domestic PPE

Despite the current lack of large-scale PPE production in the United States, efforts are underway to both ramp up and augment these existing manufacturing efforts to keep US frontline workers safe. There are producers of domestic PPE in the United States that are working diligently to produce at their highest possible capacity while also expanding productions; however, immediate demand is not the only concern worth addressing.

This poses a separate obstacle: differentiating between established, credible PPE manufacturers with the infrastructure and resources to fulfill contract orders from opportunistic “entrepreneurs” propping up PPE companies almost overnight to try and capitalize on available funds.

American PPE stockpiles are also at bare minimums, meaning that if a new widespread outbreak were to occur, the US would be further in jeopardy with nowhere to turn. This is why the time to rebuild the US PPE reserve is now. Utilizing all of the PPE we can buy without reserving any for future outbreaks will mean that when the next outbreak occurs, it will already be too late.

Efforts to support domestic manufacturing of PPE are already underway from both sides of the aisle. Ohio Senator Sherrod Brown recently introduced that would increase the US stockpile of personal protective equipment, as well as allow for quick ramp up of American-made supplies to protect against future emergencies. South Carolina Senator Lindsey Graham also to bring PPE supply from China back to the US. Ultimately, these government-directed initiatives aim to lessen US dependence on foreign manufacturing while also lessening the domestic demand for PPE.

As the pandemic stretches on, U.S. frontline workers will need the support of domestic manufacturers to keep citizens safe and healthy. We can rise to meet this unprecedented challenge if we focus now on fortifying our ability to respond to COVID-19 and future outbreaks like it and that starts by producing and buying American personal protective equipment.

Richard Heppell is president and CEO, .

US Revises Canadian Aluminum Tariffs: Will Only Impose Duties if Import Limits Exceeded

Changes in the Ex-Im Bank Would Bring Tech Jobs Back to the US: Commentary 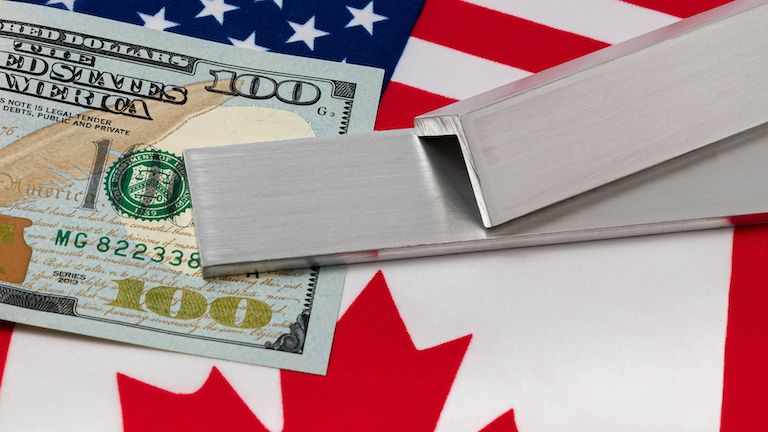 US Revises Canadian Aluminum Tariffs: Will Only Impose Duties if Import Limits Exceeded

Canada was poised to announce $2.7 billion in sanctions before the U.S. called off its own 10% tariffs.

Hours before Canada was expected to make an official statement sanctioning the U.S. for its aluminum tariffs, the United States Trade Representative announced it would revise the aluminum tariff policy it announced in August that charged 10% duties on all aluminum products imported from Canada.

Going forward, the U.S. will only charge 10% tariffs if monthly aluminum imports spike unexpectedly. In a press conference, Deputy Prime Minister of Canada Chrystia Freeland confirmed that Canada would back down on its own plans to impose “dollar-for-dollar” trade countermeasures in light of the USTR’s decision.

According to a USTR statement, the tariff revision came after consultations with the Canadian government indicating that trade in non-alloyed, unwrought aluminum is likely to stabilize in late 2020.

After those discussions, the United States said it would resume duty-free treatment of affected shipments, retrospective to September 1, provided imports stay within below monthly “expected values” of 83,000 tons in September and November and below 70,000 tons in December.

If shipments for a given month exceed 105% of the “expected values”—for example, if Canada exports more than 73,500 tons of aluminum to the U.S. in September—the United States will retroactively impose a 10% tariff on all shipments made for the relevant month and consider re-imposing the August 10% tariff.

Deputy Prime Minister of Canada and Minister of Finance Chrystia Freeland said Canada would not impose its own tariffs on the United States and welcomed the decision to drop the duties, which she called “unacceptable.”

“Canada is not a threat to U.S. national security,” she said at a press conference Tuesday. “Aluminum trade between Canada and the U.S. has long been mutually beneficial for both our countries, and tariffs would have harmed workers and industry on both sides of the border, disrupting linked supply chains that have made North American aluminum more competitive around the world.”

She did warn, however, that Canada remained “prepared” to reimpose the counter-tariffs if the U.S. reneged and imposed tariffs anyway, and said that the U.S.’s decision was not a negotiated agreement.

The Canadian and U.S. Chambers of Commerce both cheered the decision to drop the tariffs. “What American manufacturers need now is certainty that these tariffs won’t make another reappearance,” said U.S. Chamber of Commerce Head of International Affairs Myron Brilliant.

The Senior Director of International Trade at the Canadian Chamber of Commerce, Mark Agnew, also welcomed the lifting of tariffs but said the actions of the United States were a unilateral and unjustified attempt to change market forces.

“The United States has not unconditionally lifted its tariffs on Canadian aluminum and continues to seek to restrict market-driven trade flows,” said Agnew. “We call on the United States to fully and without precondition remove the threat that tariffs could be re-imposed in the future.” He went on to say that removing the threat of tariffs would provide certainty for Canadian and American businesses.

The United States Trade Representative said it would consult with the Canadian government at the end of 2020 to review expected aluminum market conditions for the first four months of 2021.