BRUSSELS, Belgium (AFP) – EU foreign ministers are due to discuss a call by Ukraine this week to ban Russian tourists from visiting Europe.

The idea, which will be considered at a two-day meeting from Tuesday in Prague, has divided EU countries, with some wholeheartedly endorsing it while others resist, fearing it could shut down the door to Russian dissidents fleeing their homeland.

Some EU countries neighboring Russia have already decided to ban or limit visas for Russians, but no EU-wide ban is in place yet.

In February, the European Union restricted visas in certain categories for Russians linked to the Kremlin, including for civil servants, holders of diplomatic passports and business leaders. But tourist visas were still allowed.

Ukrainian President Volodymyr Zelensky is now calling on the West to close its borders to all Russians, including tourists, saying they should ‘live in their own world until they change their philosophy’.

Finland, which has Europe’s longest border with Russia, will from Thursday reduce the number of Russian tourist visa applications it processes to just 10% of the usual 1,000 received per day. An outright ban based on an applicant’s nationality is not possible under Finnish law.

This measure will have an impact. Due to EU sanctions closing European airspace to flights from Russia, Russians have overwhelmingly turned to overland travel via Finland to reach other European countries.

Travelers are pictured in front of self-check-in kiosks inside Terminal 2 at Helsinki Airport, on August 19, 2022, in Vantaa, Finland (Alessandro RAMPAZZO / AFP)

Visas generally allow stays of up to 90 days in a continuous period of 180 days.

These 26 countries received around three million Schengen visa applications last year. Russians were the largest group, accounting for 536,000 of them.

Estonia wants EU rules changed to allow it to stop Russians with already issued Schengen visas, regardless of which EU country issued them.

The Czech Republic – which holds the rotating EU presidency – says “the status quo for Russian tourists in times of aggression is inappropriate”.

EU sanctions require unanimity from all 27 member states. One country – Hungary – enjoys friendly relations with Moscow and could veto a bloc-wide visa ban.

On top of that, several EU countries, including France, Germany and Portugal, are insisting that Russian journalists and other civilians fearing persecution will continue to be allowed entry. 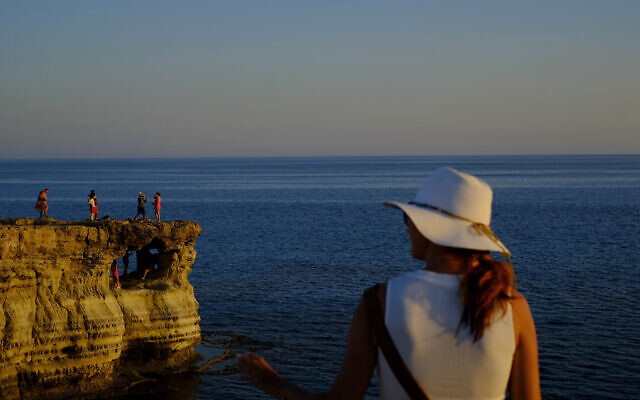 Tourists visit the sea caves at sunset in the resort town of Ayia Napa in the southeastern Mediterranean island of Cyprus, Sunday, May 29, 2022 (AP Photo/Petros Karadjias)

And EU foreign policy chief Josep Borrell, who will chair the meeting of EU ministers in Prague, said he believed banning all Russians from entering Europe “is not not a good idea”.

The European Commission insists on the need for humanitarian access for Russian dissidents and says that visa applications must be assessed individually and not according to a general rule.

Lithuania has said that if no EU-wide ban is agreed, it could seek a “regional solution” banning tourists, possibly including Latvia, Estonia, Finland and Poland.

An expert at the European Council on Foreign Relations think tank, Marie Dumoulin, said the call to ban Russians from Europe contains “a dangerous error of analysis”. 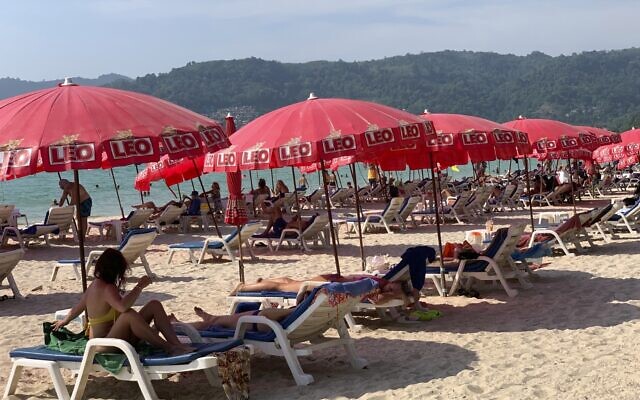 “Less than 30% of Russians have a passport and their main travel destinations are Turkey, Egypt and the United Arab Emirates,” she said.

“A ban would have exactly the opposite effect of what is sought. By stigmatizing the Russians, this would fuel the propaganda of the Kremlin which, for years and especially since the offensive in Ukraine, has denounced an alleged “Russophobia” of Westerners.

The EU, she said, should maintain links with Russian civil society and not “lock it into a completely regime-controlled enclosure”.

You are a dedicated reader

We’re really glad you read X Articles from The Times of Israel over the past month.

That’s why we started The Times of Israel ten years ago – to provide discerning readers like you with must-read coverage of Israel and the Jewish world.

So now we have a request. Unlike other media, we don’t have a paywall in place. But since the journalism we do is expensive, we invite readers to whom The Times of Israel has become important to support our work by joining The Times of Israel community.

For just $6 a month, you can help support our quality journalism while benefiting from The Times of Israel WITHOUT ADVERTISINGas well as access Exclusive content only available to members of the Times of Israel community.

Thanks,
David Horovitz, founding editor of The Times of Israel

Already a member? Log in to stop seeing this

Can removing grass cause temperatures to rise? UNLV study shows impact of plants on heat